What is escrow? (And why asset owners should care…)

According to Investopedia, “Escrow is a legal concept in which a financial instrument or an asset is held by a third party on behalf of two other parties that are in the process of completing a transaction. The funds or assets are held by the escrow agent until it receives the appropriate instructions or until predetermined contractual obligations have been fulfilled. Money, securities, funds and other assets can all be held in escrow.”

In everyday English, escrow refers to collateral (usually money), provided by the buyer to the seller, that incentivizes both parties to hold up their ends of a deal until it is officially closed. The buyer may “put money into escrow” in order to demonstrate to the seller that they actually intend to close a deal. If they don’t show up to close — the seller gets to keep the escrow.

In the oil and gas royalty business, we often see this escrow take the form of an “earnest money” payment which the seller can keep if the buyer does not show up. This is the same basic concept as making a down payment to secure a future purchase. When this payment is in escrow, a third party (usually a bank or an “escrow agent”), holds the funds until the entire transaction is closed.

So, what happens if the deal doesn’t go as planned? What if the seller changes their mind or the buyer never shows up? Since the escrow is being held by an objective third party, the funds will be released back to the seller if the buyer backs out. If the seller gets cold feet or fails to uphold their end of the deal, the buyer gets to keep the earnest money.

This arrangement assures that both buyers and sellers are held accountable and behave ethically during the process of a transaction. Moreover, the mechanism is a signal to asset owners that a buyer seriously intends to honor their end of the bargain and is willing to risk the loss of their earnest money, if not.

At Revere, we think saying what you mean and meaning what you say is important. As royalty owners, we would be skeptical of any buyer attempting to buy our assets without offering earnest money. One exception to this rule would be small deals, where the transaction is expected to close quickly. However, Revere doesn’t shy away from earnest money on small deals if that makes a seller more comfortable. We encourage others to think about an earnest money offer as a signal which can say a lot about a potential buyer. 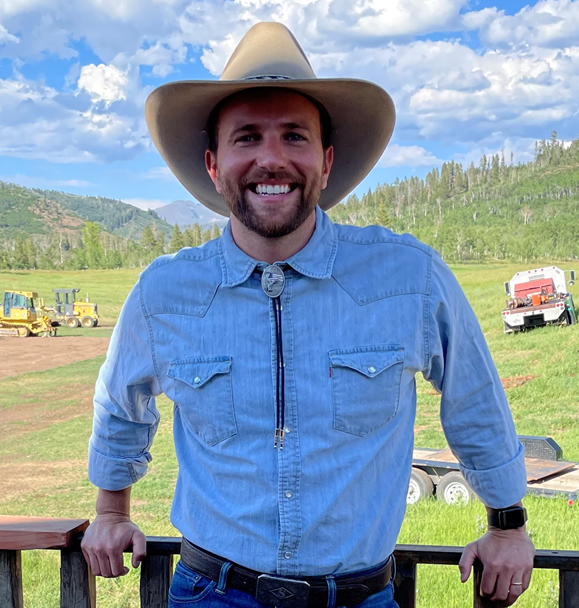 Hi, I'm Andrew and I manage Revere's acquisition effort. I am excited to become a new dad in the spring and can’t wait to teach my son all about football and fishing. Being from Oklahoma, I've grown up around the oil and gas business and my family has managed royalties since before I was born. I have decades of industry experience having worked with operators and families who have held minerals for generations. In my spare time, I enjoy all-things outdoors including upland bird hunting, fly fishing, mountain biking and skiing. After a long day, I unwind by watching college football and western classics. Please don't hesitate to reach out to me directly with any questions. Use the chat in the bottom right, or fill out the form above. Looking forward to speaking with you soon!
Call Andrew